Japan's capital, Tokyo.
While the city is known for its safety and order, cutting-edge technology, and transmitting new culture and trends such as anime and fashion into the world, it is also a place where the chic culture of the Edo period remains even now. This distinctive combination of traditional and modern is what makes Tokyo so appealing.
The city has many faces. If you move away from the rows of skyscrapers lining the streets in the city center and turn to the suburbs and islands, you can also find beautiful scenery surrounded by lush greenery and the ocean here.
This is an introduction to the diverse appeal and distinctive character of the various regions of the Tokyo metropolitan area.

TRAVELING TO TOKYO FROM OVERSEAS

Tokyo is easy to access from major cities all over the world. There are approximately 1,500 flights and 700 flights arriving per week at Narita Airport and Haneda Airport, respectively, and numerous international lines connect foreign cities with Tokyo. 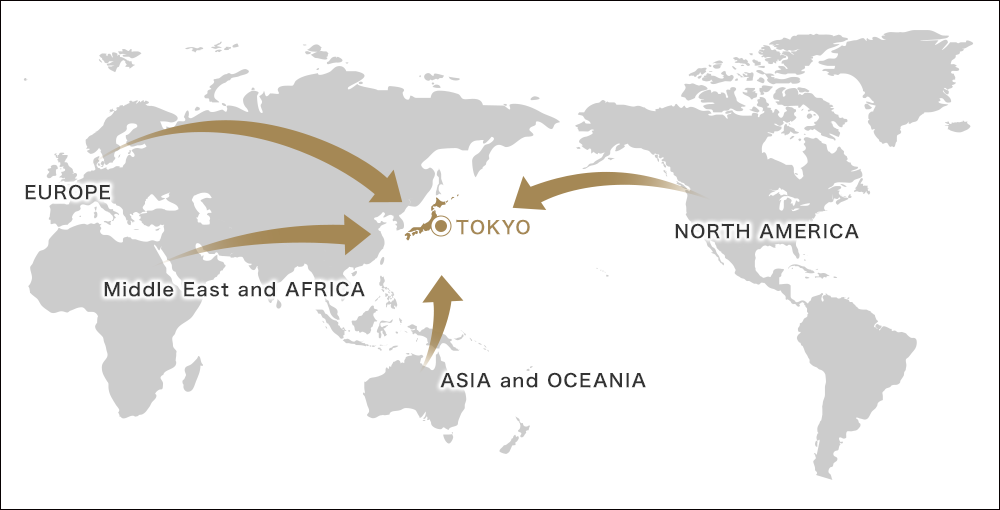 APPROXIMATE FLIGHT TIMES FROM OTHER MAJOR CITIES TO TOKYO 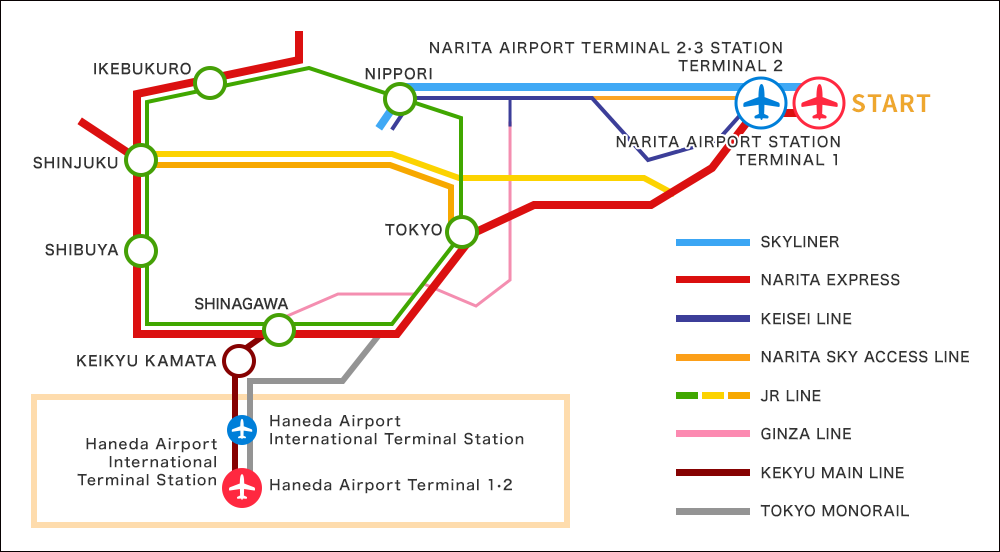